Beyond the Kitchen: Insights from Queer Restaurateurs 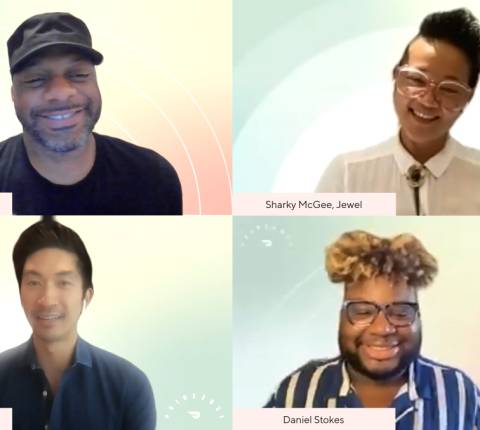 Our identities shape both who we are and what we make. In the restaurant industry, this can help add some extra spice, paving the way for innovative new restaurant concepts, business ideas, and delicious flavors. So, what does that look like when you work in food but you're also queer?

To close out Pride Month 2021, DoorDash held a panel discussion called Beyond the Kitchen with three LGBTQIA restaurateurs, hosted by our Global Employee Connections team and in partnership with our Pride@ Employee Resource Group, where attendees could learn insights and advice from trailblazing food entrepreneurs.

The panel was moderated by chef Ronnie Woo, who led the discussion with Sharky McGee, owner and co-founder of Jewel, and Vaughn Hill, owner and founder of yAAAs! Cookies. They discussed how they got started in their businesses, what the intersection of their queer identities and their restaurant careers look like, and more. Keep reading to get the highlights from the panel and learn more about Sharky and Vaughn's unique stories.

Getting started in food

I grew up in a culture surrounded by food, where a lot of life events take place in a kitchen.

Growing up in the Philippines, Sharky remembers always being surrounded by food, and having that form a deep impression on her at a young age. For her, food is just something that's "in her blood." She remembers being 8 or 9 years old and holding open the door to a restaurant for other guests, and having the realization that that's what she wanted to do with her life. "That's when I knew I wanted to be a host, and be of service in that way," Sharky notes.

She went on to study hospitality management in college, and over the years worked her way up from being a bartender to being a GM. She decided to launch a restaurant when she met her wife, and they created Jewel together.

For Vaughn, on the other hand, the journey to a career in food was a lot less planned. Despite early jobs at Long John Silvers and a management position at McDonald's, he didn't seriously consider a career in food until much later.

Growing up in Pittsburgh, Pennsylvania, Vaughn started baking when he was about 12 years old, iterating on his grandmother's original cookie recipe. He became the go-to friend to ask to bring cookies to an event, often getting called on to bring his cookies to graduation parties and cookouts. He went on to have a career in IT, but continued to mail cookies to his friends back home when he left Pittsburgh. It wasn't until the pandemic happened and Vaughn's IT work started to dry up that he considered turning his cookie side gig into a full-fledged business. He took a leap of faith, and launched yAAAs! Cookies. "It was all or nothing for me," he explains.

Coming out as queer

Both Sharky and Vaughn shared similar struggles with coming to terms with their sexuality due to growing up in religious households. Sharky came out as a lesbian in her early 30s after connecting with another woman and recognizing that it felt right to her. She's since adopted a more expansive religious outlook where she feels supported, and says that the work in accepting herself has only made her stronger.

Similarly, Vaughn didn't fully accept his sexuality until his late twenties, when he finally began to embrace it. "Those days of feeling ashamed are long gone," he said.

There’s no right or wrong time to come out. It’s never too late or too early. It’s whatever works for you.

Sharky and her team are focused on creating an inclusive space, regardless of someone's sexuality or background. In fact, Jewel's tagline is "All flavors welcome," which perfectly sums up their attitude toward hiring. Sharky is specifically focused on creating a work environment where employees feel comfortable coming to her with any concerns they might have, and sees building a strong team culture as a crucial part of her business.

If you acknowledge the importance of your employees, they'll feel more committed to the work they're doing. Their success is my success, and my success is their success.

Similarly, Vaughn didn't set out to build a specifically LGBTQIA company, but he's found that his open and welcoming attitude (as well as the name "yAAAs! Cookies") has helped to create a safe space for other queer individuals—both as he builds a customer base and as he hires a team. As a Black man, Vaughn is also acutely aware of how racial discrimination can play out and has kept a running list of what not to do as a business owner, based on his past work experiences.

For me, it’s about so much more than just the queer community. I remember how I’ve been treated at other companies as a Black man, and those are things I don’t want to repeat at my company."

Launching a business during the pandemic is no easy feat, and Vaughn credits third party delivery partners as crucial to his company's survival during this tough time. Today, he's considering canceling his partnerships with other platforms, since DoorDash's rates are better and he thinks the drivers are better too.

Sharky agreed that DoorDash's rates were more cost-effective for her business. "Third party delivery extended us a lifeline," she said. Jewel saw about 80-85% of their sales come in through third party platforms during the pandemic.

Jewel has also been a part of DoorDash's Main Street Strong Accelerator program, which has helped Sharky and her team tap into a community of small business owners who support each other, and offer advice.

Sharky sums it up: "The more we uplift each other, the better we all are—whether you're straight or queer."

Learn how DoorDash can support your business

Interested in learning more about DoorDash's Main Street Strong programming? Stay tuned for our next big restaurant conference coming up this October.

Curious how DoorDash can help you grow your business? Explore DoorDash products and pricing to learn more about our solutions tailored to your business' unique needs. 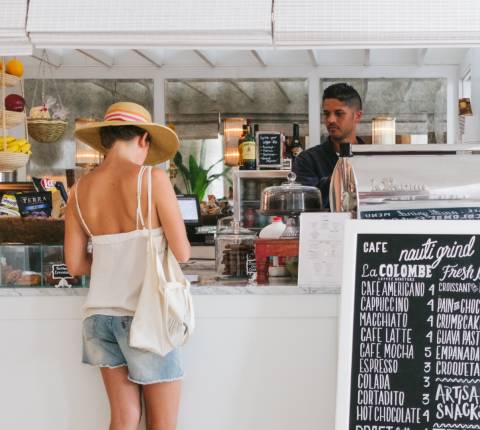 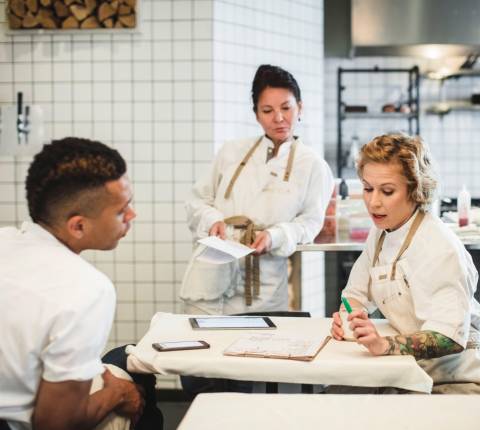 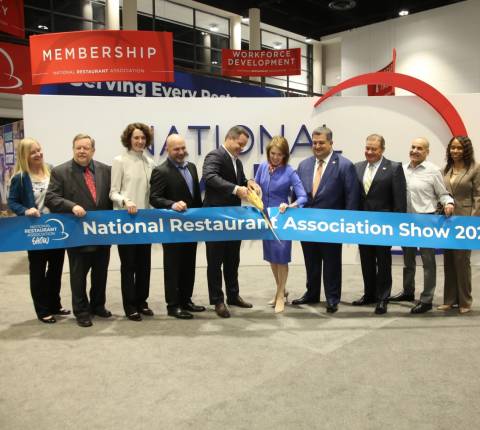